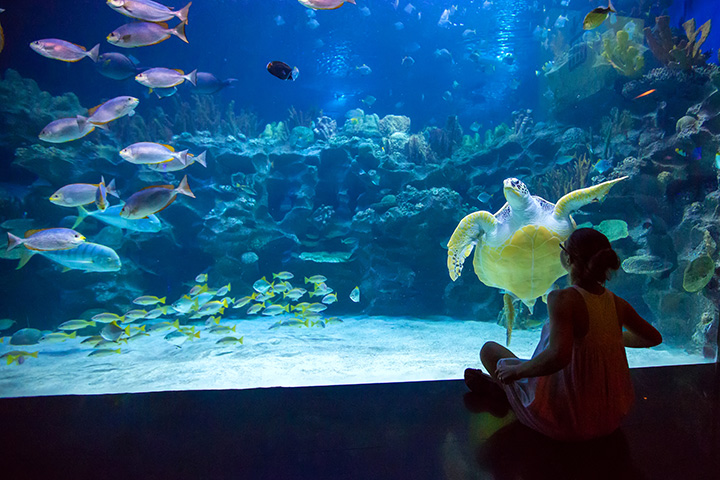 The National Aquarium is a nonprofit aquatic education and conservation organization with two locations and one mission: to inspire conservation of the world's aquatic treasures.

In 2003, separate aquariums in Baltimore, MD, and Washington, DC, joined as one "National Aquarium." The National Aquarium venues together hold living collections that include more than 16,000 animals from more than 660 species of fish, birds, amphibians, reptiles, and mammals living in award-winning, naturalistic habitats.

Transforming experiences reach well beyond the Aquariums' walls. Education teams reach thousands of students each year with activities in schools and in the field; conservation crews and volunteers restore habitats and preserve species around the Chesapeake Bay and around the world; and the National Aquarium venues continue to serve as an economic engine for tourism in the city of Baltimore and as a unique draw in downtown Washington, DC. Through all of its work, the National Aquarium maintains its long-time commitment to serving the surrounding communities.

National Aquarium is not affiliated with AmericanTowns Media
Share